20-year-old Jacob Cresp lives with physical and intellectual disability in his family home in the beautiful Eyre Peninsula city of Port Lincoln. Supported by his parents, Jacob accesses occupational therapy, speech pathology, physiotherapy and aquatic therapy, from the Novita hub at Port Lincoln.

Jacob’s home recently underwent some major modifications to ensure he can safely access the home through the front door, something he wasn’t able to do until now.

Jacob’s home had a very steep ramp out the front, which became increasingly unsafe for Jacob and his family due to a greater reliance on his wheelchair for all aspects of mobility.

“It was a long and drawn out process to get this project underway, because of the nature of our block of land. However as soon as funding from the NDIS was approved for the project, it was a very smooth process and there were absolutely no issues,” says Jacob’s mother Robyn.

“The staff at Novita’s Port Lincoln hub were all fantastic and managed everything for us, it was more a case of just waiting for the next thing to be ticked off – there wasn’t too much input needed from us as the homeowners,” she says.

Josie Sherriff, Jacob’s occupational therapist at Novita in Port Lincoln, did the initial groundwork for the project and utilised support available from Novitatech to apply for funding from the NDIS in order to cover the larger cost of the home modification.

Josie had site visits with the builder and Jacob’s family to ensure functional and safety aspects of the modification were considered, and then the builder liaised with the council to manage the driveway portion of the project.

“We had video link ups on-site with a Novitatech occupational therapist and we worked together on the prescription and application,” says Josie.

“The team at Novitatech provided expert support around the proposed plans that were eventually implemented, which was important for such a large scale project.”

The more dependent Jacob became on his wheelchair, the more the ramp caused issues for his family who had to make adjustments, such as wearing the right footwear to wheel Jacob up and down the driveway as it was slippery and not wheelchair friendly.

Ultimately, the necessary changes meant that the entire driveway had to be moved to a different position, requiring input and approval from the local council, which was managed by Josie and the builders.

“It was decided to build up the block to create a flat access spot for the wheelchair-accessible van to reach the house directly, and to put in a retaining wall,” says Josie.

Jacob is also having a new wheelchair prescribed through Novitatech, which Novita physiotherapist Emma is facilitating with Josie in Port Lincoln so the family doesn’t need to travel.

The modification means that Jacob’s family is now able to safely access their home, supporting Jacob with his wheelchair to get inside with ease and even avoiding the rain, which Robyn says is important for Jacob who has sensory issues when it comes to getting wet.

“We can now wheel Jacob straight out the front door onto a flat area and into the waiting bus, then drive straight off – the house has become completely wheelchair accessible, much safer and more manageable for us,” she says.

“We’ve had so much help from everybody, practically everything was done for us and plus it looks great and has added value to our property.”

If you would like to learn more about how we can support you to make your environment more accessible through home modifications available through Novitatech, you can call us directly on 1300 668 482 or email us at services@novita.org.au 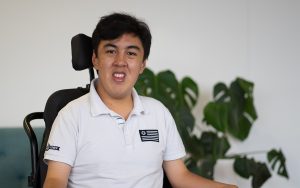 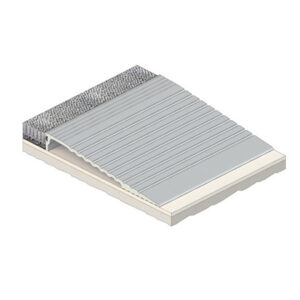