A safe ramp can make all the difference to accessibility for people who rely on a wheelchair for their mobility – whether it be at home, at school, in the workplace, or in the community. The NovitaTech team are specialists at finding home modifications solutions – including ramps – to support you to live more independently and have safe access to your home, school, or office.
3 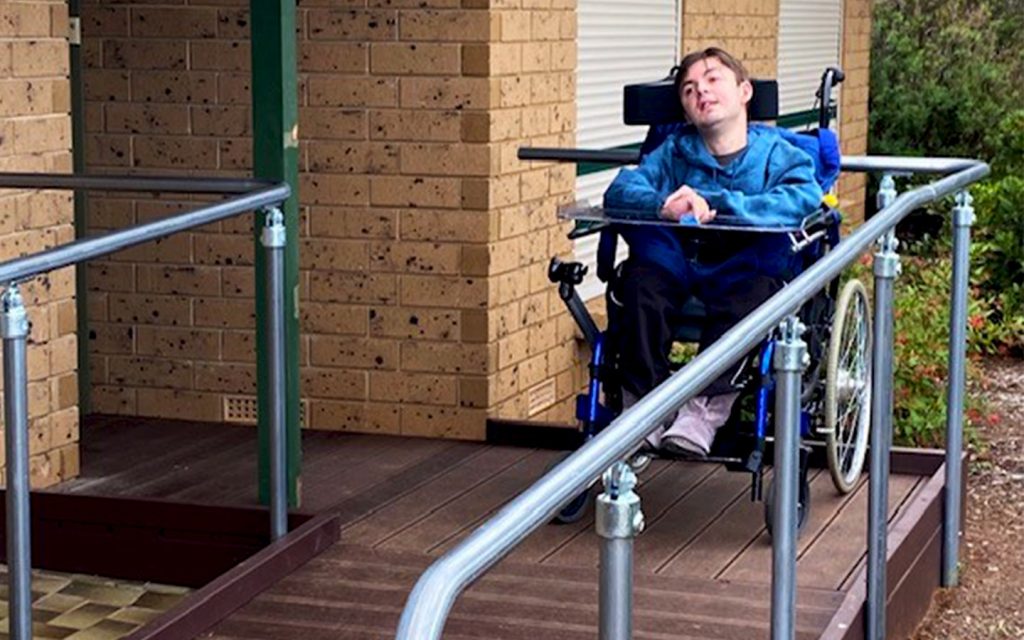 A safe ramp can make all the difference to accessibility for people who rely on a wheelchair for their mobility – whether it be at home, at school, in the workplace, or in the community.

The NovitaTech team are specialists at finding home modifications solutions – including ramps – to support you to live more independently and have safe access to your home, school, or office. 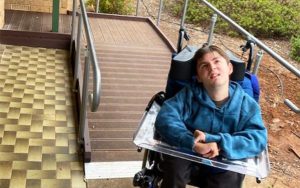 20-year-old Brayden lives with Limb-girdle Muscular Dystrophy, a disease that causes weakness and wasting of the muscles in the arms and legs. He receives services from Novita including occupational therapy, speech pathology, and physiotherapy.

At home in Adelaide’s northern suburbs, it became clear that the 12-year-old ramp leading to Brayden’s front door needed replacing after support workers and others, including family members, slipped and fell.

“We worked in collaboration with the NovitaTech home modification team to make sure a strong and sturdy ramp was installed. Brayden and his family and support workers can now safely access the home,” says Krysten.

Brayden’s mum April says the new ramp makes it easier and safer for him to get in and out of the house.

“We put in for NDIS funding for the new ramp in around August-September last year after Krysten and the Novita team had a close look at the old ramp and decided it need to be replaced. The funding was approved just after Christmas,” she says.

How NovitaTech can support your home modifications

Brayden’s story is a notable example of the support people living with disability and their families can receive through the NovitaTech home modifications team and your NDIS plan.

NovitaTech can assist with a wide range of home and building modifications, from wheelchair ramps to the latest in Assistive Technology such as height-adjustable kitchen benches and automatic door openers. The team can help you plan your modification, steer you through the NDIS funding process, and then get the work done.

Major modification work can involve several contractors. NovitaTech’s home and building modification project managers will coordinate everyone involved in your project, including liaison between you and your family, our therapists, and the contractors.

All the contractors we use are carefully screened and chosen for their skills, attention to detail, and the high quality of their work. The contractors have also completed police background checks and have the necessary Department of Human Services clearances in place. The work they undertake meets with Disability Housing and Access Standards and Codes.

If your home or building modification is quoted to cost $30,000 or more, an NDIS-registered Building Works Project Manager will be engaged, and they will help you with any support you might need during the life of your project.

We can also assist if you are planning to build a new home. Our occupational therapists can help with the design of new buildings to ensure they are accessible and safe and support your independence.

We can make recommendations on everything from functional design – including the width of passages and doors – to the Assistive Technology that can support you to have independent control of your own home environment.

NovitaTech’s therapists and technicians have comprehensive knowledge and experience of the NDIS funding process and requirements for home and building modifications. They will help you navigate the NDIS system so that appropriate clinic solutions can be found for your individual circumstances.

We can even help at school

NovitaTech’s occupational therapists can work with your family and your school to make sure there is a safe and accessible environment for your kids so they can get the most out of their education. We can make recommendations about the set-up of classrooms, toilet facilities, and accessibility to the school grounds.

If you need a new ramp at home, or you would like to talk to us about your specific home modification needs, call us on 1300 668 482 or email enquiries@novitatech.com.au 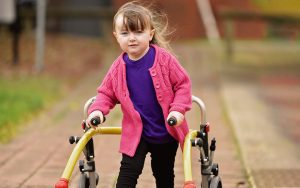 Tips for supporting kids to use a walker correctly 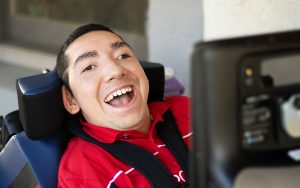 A Milestone for Caring Christopher